The Tour starts in the Airport of your arrival. We will welcome you on board of our comfortable 56 seats Iveco Magelys bus. First stop at the Hotel in Catania or nearby, to drop off luggage and relax after the long trip. It may be possible to have a quick visit of the city during the night, before overnight stay.

The second day, bus transfer to Ragusa, UNESCO World Heritage Site. The city has two distinct areas, the lower and older town of Ragusa Ibla, and the higher Ragusa Superiore (Upper Town). The two halves are separated by the Valle dei Ponti, a deep ravine crossed by four bridges, the most noteworthy of which is the eighteenth-century Ponte dei Cappuccini. Visit of the Ragusa Cathedral, dedicated to Saint John the Baptist, is the biggest attraction in Ragusa Superiore; also noteworthy is the Hyblean Archaeological Museum, with different sections devoted to archaeological finds from the Prehistoric to the Late Roman era; the Cathedral of San Giorgio, the façade contains a flight of 250 steps and massive ornate columns, as well as statues of saints and decorated portals;  the church of Santa Maria delle Scale (Saint Mary of the Steps), badly damaged in the earthquake of 1693, half of this church was rebuilt in Baroque style, while the surviving half was kept in the original Gothic style. In the evening, back to the hotel in Catania.

On the third day, bus excursion to the Mount Etna. Mount Etna is one of the world’s most active volcanoes and is in an almost constant state of activity. The fertile volcanic soils support extensive agriculture, with vineyards and orchards spread across the lower slopes of the mountain and the broad Plain of Catania to the south. Due to its history of recent activity and nearby population, Mount Etna has been designated a Decade Volcano by the United Nations and it was added to the list of UNESCO World Heritage Sites. Along the trails of the Etna Park, you will see green woods and orchards, climbing up the scenario will change: lunar landscapes will fascinate you thanks to the beauty of this beautiful area. In the afternoon bus transfer to Taormina. The main sight is without doubt the Ancient theatre, built for the most part of brick, and therefore probably of Roman date, though the plan and arrangement are in accordance with those of Greek, rather than Roman, theatres. It is located in a beautiful location, with a spectacular view over the sea. It is frequently used for operatic and theatrical performances and for concerts. Other sights include the 10th century Palazzo Corvaja, a 1635 Baroque fountain, the Church of San Domenico, the Anglican Church of Saint George, and the municipal gardens. In the evening, bus transfer to the hotel in Catania.

Departure towards Syracuse. The city is notable for its rich Greek history, culture, amphitheatres, architecture, and as the birthplace of the preeminent mathematician and engineer Archimedes. This 2,700-year-old city played a key role in ancient times, when it was one of the major powers of the Mediterranean world. In the modern day, the city is listed by UNESCO as a World Heritage Site along with the Necropolis of Pantalica. Many buildings of the Greek period and of the Christian period are worth visiting. The Temple of Apollo; the Fountain of Arethusa, on the Ortygia island, the only place in Europe where papyrus grows spontaneously; the Greek Theatre, whose cavea is one of the largest ever built by the ancient Greeks; near the theatre are the latomìe, stone quarries, also used as prisons in ancient times, the most famous latomìa is the Orecchio di Dionisio (Ear of Dionysius); the Roman amphitheatre; the Tomb of Archimede and the Temple of Olympian Zeus. Of the Christian period are the Cathedral of Syracuse, built in the 7th century over the great Temple of Athena (5th century BC), on Ortygia island; and the Basilica of Santa Lucia Extra moenia, a Byzantine church built, according to tradition, in the same place of the martyrdom of the saint in 303 AD. The current appearance is from the 15th–16th centuries. The most ancient parts still preserved include the portal, the three half-circular apses and the first two orders of the belfry. Under the church are the Catacombs of St. Lucy. For this church Caravaggio painted the Burial of St. Lucy, now housed in the Church of Santa Lucìa alla Badìa.
In the afternoon departure to Noto, that, together with its church, were declared UNESCO World Heritage Site. In Noto you will visit the Noto Cathedral, the Church of San Francesco d’Assisi, Palazzo Ducezio, the current town hall, Via Nicolaci and many other beautiful attractions. In the evening, transfer to the hotel.

Depending on the flight departure time, possibility to go for an extra excursion in Catania, to have some free time or visit some other sights of the city. After the visit bus transfer to the Airport/Port. 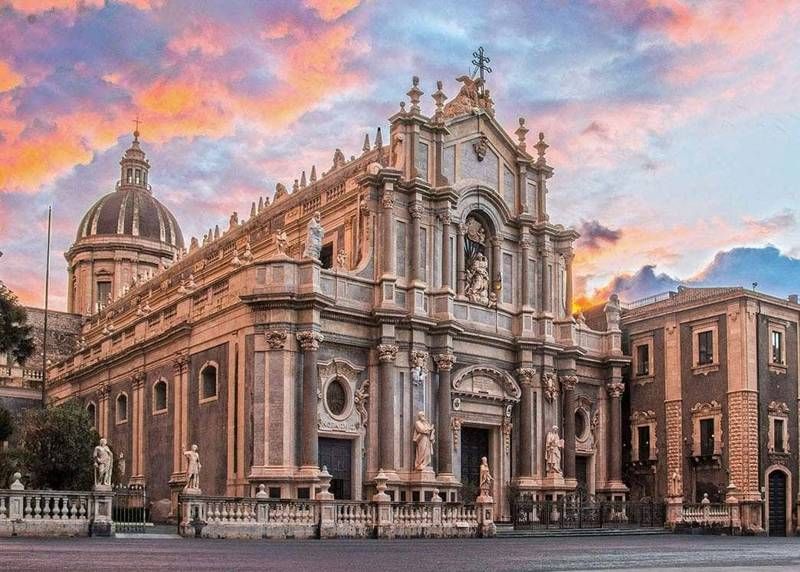 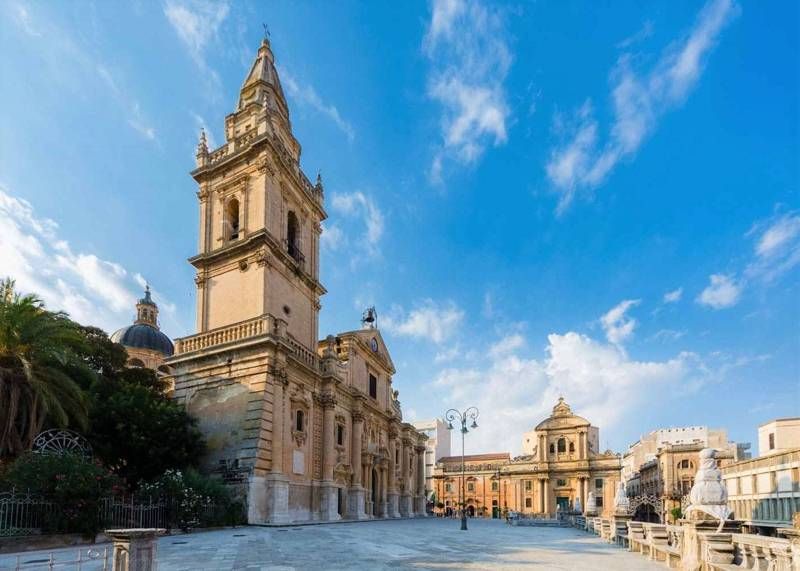 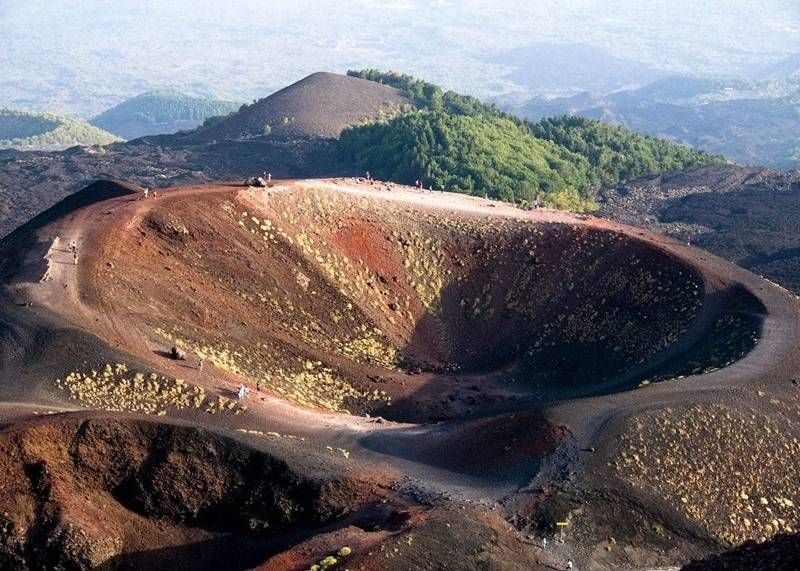 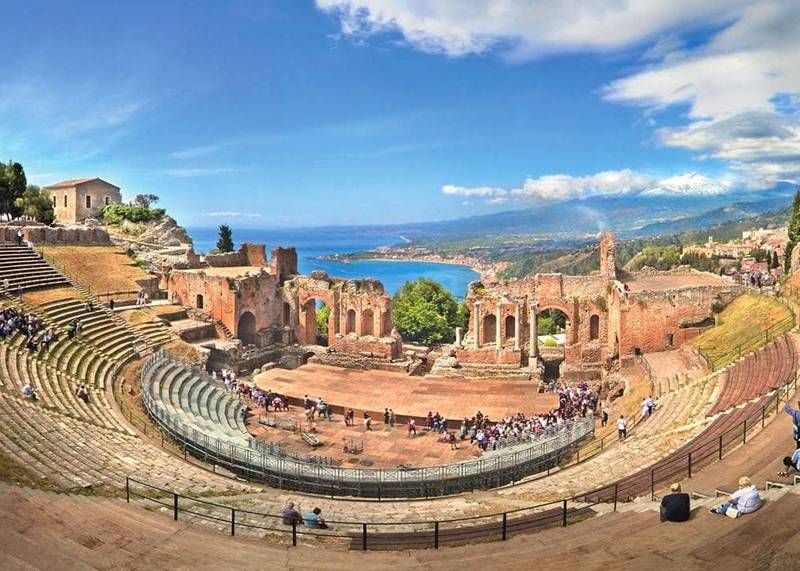 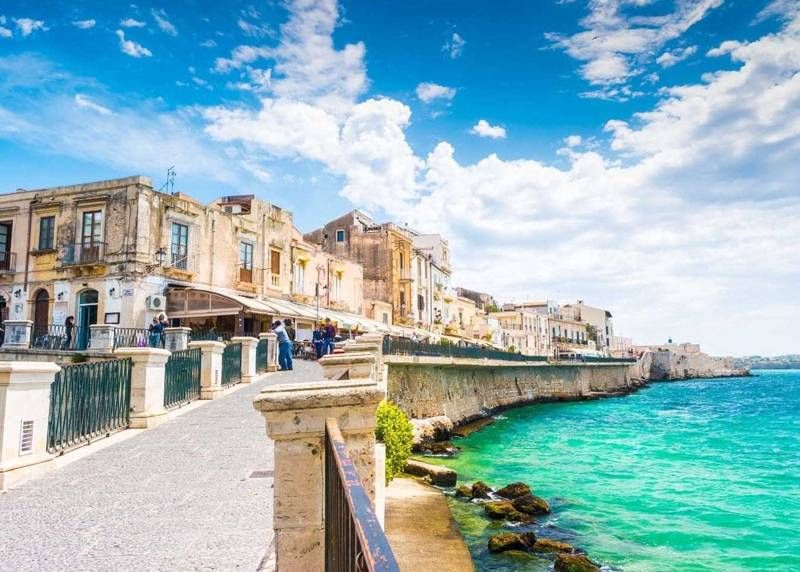 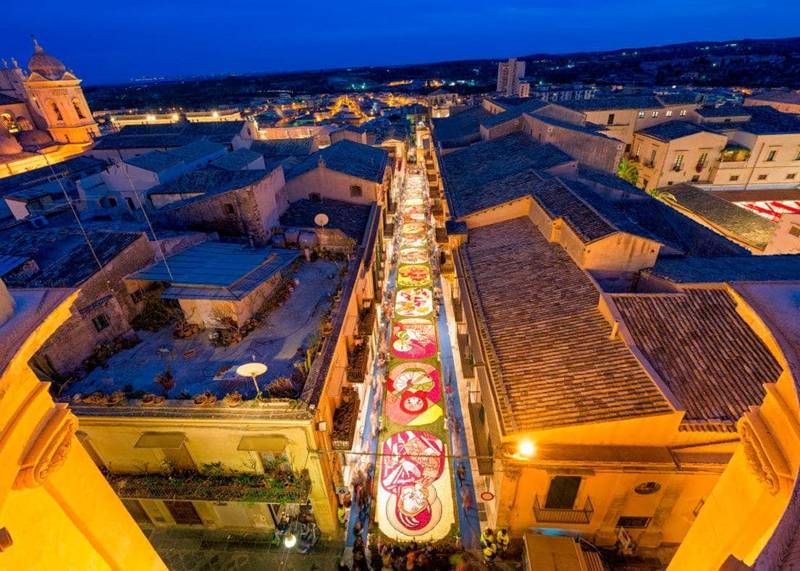