The Tour starts in the Airport of your arrival. We will welcome you on board of our comfortable 56 seats Iveco Magelys bus.
First stop at the Hotel in Florence or nearby, to drop off luggage and relax after the long trip. It may be possible to have a quick visit of the city during the night, before overnight stay.

On the second day you will visit Florence. Piazza del Duomo (Cathedral Square) is located in the heart of the historic center of the city. It is one of the most visited places in Europe and the world and in Florence, the most visited area of the city. The square contains the Florence Cathedral with the Cupola del Brunelleschi, the Giotto’s Campanile, the Florence Baptistery, the Loggia del Bigallo, the Opera del Duomo Museum, and the Arcivescovile and Canonici’s palace. From Piazza del Duomo you will reach Piazza della Signoria, an L-shaped square in front of the Palazzo Vecchio. It is the main point of the origin and history of the Florentine Republic and still maintains its reputation as the political focus of the city. It is the meeting place of Florentines as well as the numerous tourists, located near Palazzo Vecchio and Piazza del Duomo and gateway to Uffizi Gallery, one of the most important Italian museums and the most visited, it is also one of the largest and best known in the world and holds a collection of priceless works, particularly from the period of the Italian Renaissance. It contains masterpieces of Giotto, Piero della francesca, Botticelli, Michelangelo, Leonardo da Vinci, Raphael, Titian, Caravaggio, Rembrandt and many more. An other important site of Florence is Ponte Vecchio, a medieval stone closed-spandrel segmental arch bridge over the Arno River, in Florence, Italy, noted for still having shops built along it, as was once common. Butchers initially occupied the shops; the present tenants are jewelers, art dealers and souvenir sellers. After that you will visit The Basilica di Santo Spirito (Basilica of the Holy Spirit), usually referred to simply as Santo Spirito, located in the Oltrarno quarter, facing the square with the same name. The interior of the building – internal length 97 meters – is one of the preeminent examples of Renaissance architecture.

On the thirs day you will visit The Medici Chapels, two structures at the Basilica of San Lorenzo, dating from the 16th and 17th centuries, and built as extensions to Brunelleschi’s 15th-century church, with the purpose of celebrating the Medici family, patrons of the church and Grand Dukes of Tuscany. The Sagrestia Nuova (New Sacristy) was designed by Michelangelo. The larger Cappella dei Principi (Chapel of the Princes), though proposed in the 16th century, was not begun until the early 17th century, its design being a collaboration between the family and architects. Other attractions to visit are Santa Maria Novella Church, Piazza Santa Croce and Basilica of Santa Croce, decorated with frescoes by Giotto. It is the burial place of many illustrious Italians, such as Michelangelo, Machiavelli, Enrico Fermi, Galileo, Ugo Foscolo, Guglielmo Marconi, thus it is known also as the Temple of the Italian Glories (Tempio dell’Itale Glorie). After that, The Galleria dell’Accademia, or “Gallery of the Academy of Florence”, best known as the home of Michelangelo’s sculpture David. It also has other sculptures by Michelangelo and a large collection of paintings by Florentine artists.

The fourth day is dedicated to the visit of Chianti Hills. You will visit Greve in Chianti, the “gate” of Chianti. Do not miss Matteotti’s square and the Church of Santa Croce, a place that houses the works of Andrea della Robbia, and the Museum of Wine, with over one hundred types of wines where you will be able to enjoy a full wine-tasting menu. Montefioralle, one of the oldest villages of Chianti region. Panzano in Chianti, an evocative village with a beautiful view of the hills, it has an ancient castle and is also well known for the long-standing Cecchini butchery, famous for its butcher who prepares the Fiorentina (Tuscany’s iconic T-bone steak) while recites the Divine Comedy. Castellina in Chianti is situated to the north of the Chianti Fiorentino and marks the border from the Siena area.

Bus transfer to the Airport for the return flight. 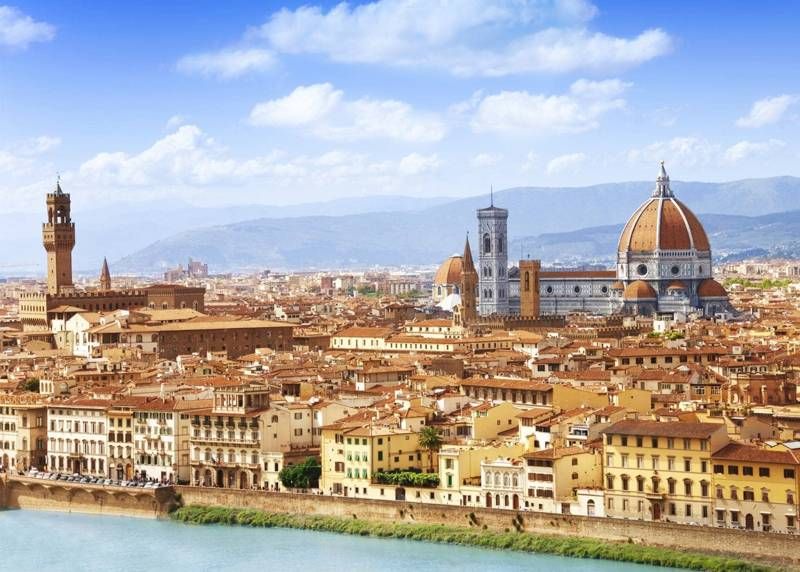 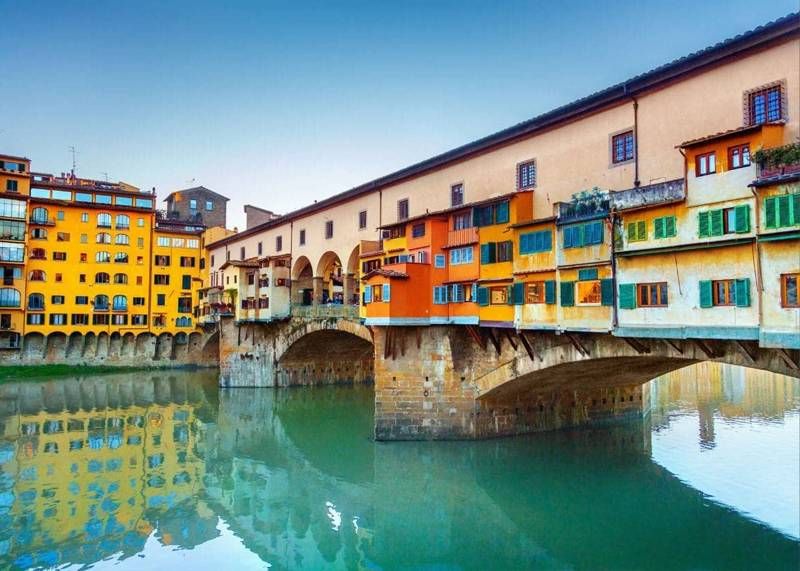 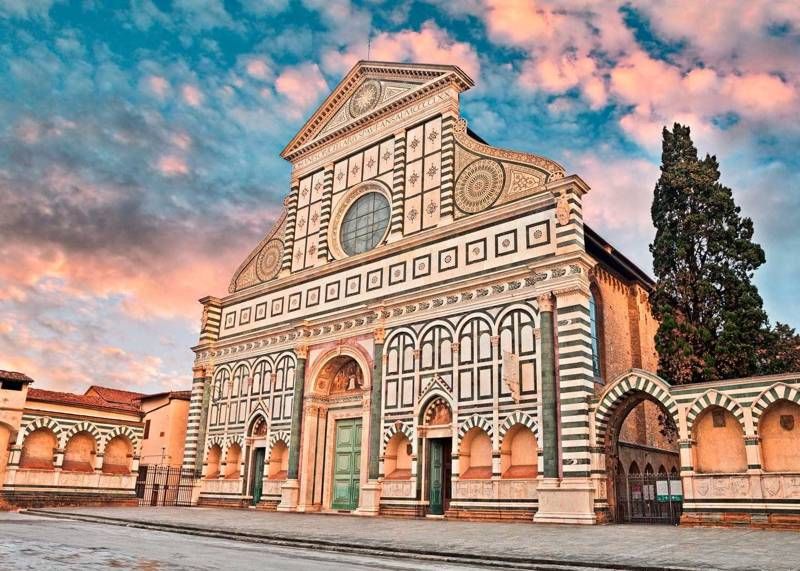 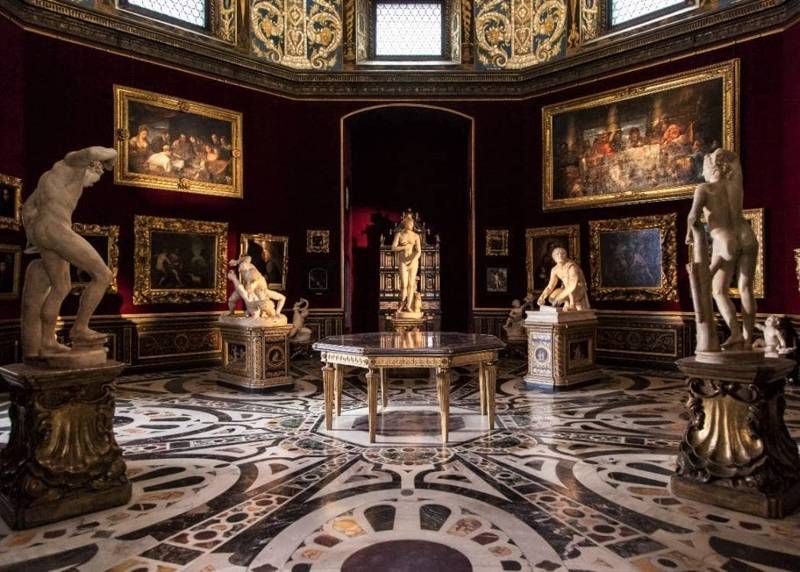 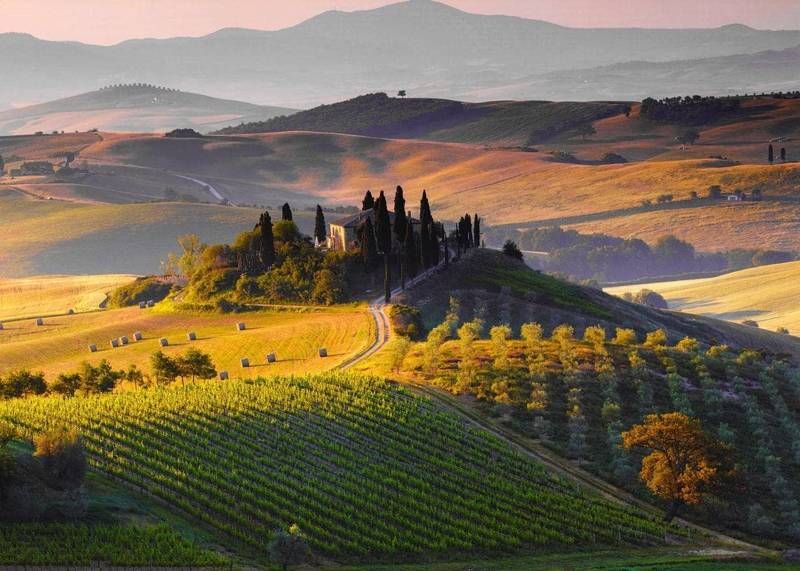